We  are asked every day about our labels and why we chose a 'Pin-up' art style......the answer is two-fold;  Port wine originated in Portugal and because of an agreement with the European Union in March of 2006, port producers outside ofPortugal cannot make reference to port on their label, nor can it be referred to as 'fortified', 'Brandy Fortified', 'Douro Style' or 'Port Style' only as 'Dessert Wine'.  Domestic labels that have a COLA (Certificate of Label Approval) from the United States Trade and Tax Bureau or TTB as referred to in the wine labeling community, prior to March, 2006, have been 'Grandfathered' in and can continue to use the word 'PORT' on their labels so long as they don't change anything except the vintage date.  Those of us without a label approval utilizing the word 'PORT' prior to this date, can only refer to the same beverage (fortified with Brandy or Port wine) as Dessert Wine.  So, this leaves those of us not grandfathered in trying to compete with those who are.  We have to then figure out some unique way to differentiate our Port Wine, or as our label says, 'Dessert Wine', from others using the same label reference. 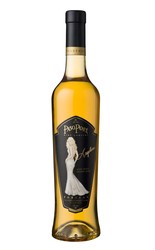 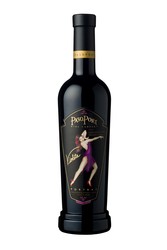 When Steve first started thinking about this labeling delima he thought, "what will make people want to take a look at my bottle of dessert wine and what can I do to make it stand out?"  His first thought was to start with something iconic, something that consumers could immediately identify with.  In the same lines as Morton Salt, everybody knows the label on the Morton Salt box!  So then it began, the pin-up girl idea.  But that wasn't enough, he wanted something more.  So, he began thinking about dessert wines and port wines and the era in which they were popularized. This era defined the period of pre and post Prohibition in the United States, along with dessert-style wine consumption in Europe and abroad.  Specifically, 40's and 50's creative pin-up art created a tapestry upon which all dessert wines of that era would be identified.

We are currently offering tastings again. We welcome all visitors for wine, port & spirit tasting appointments, purchases and picking up orders during the hours listed below.